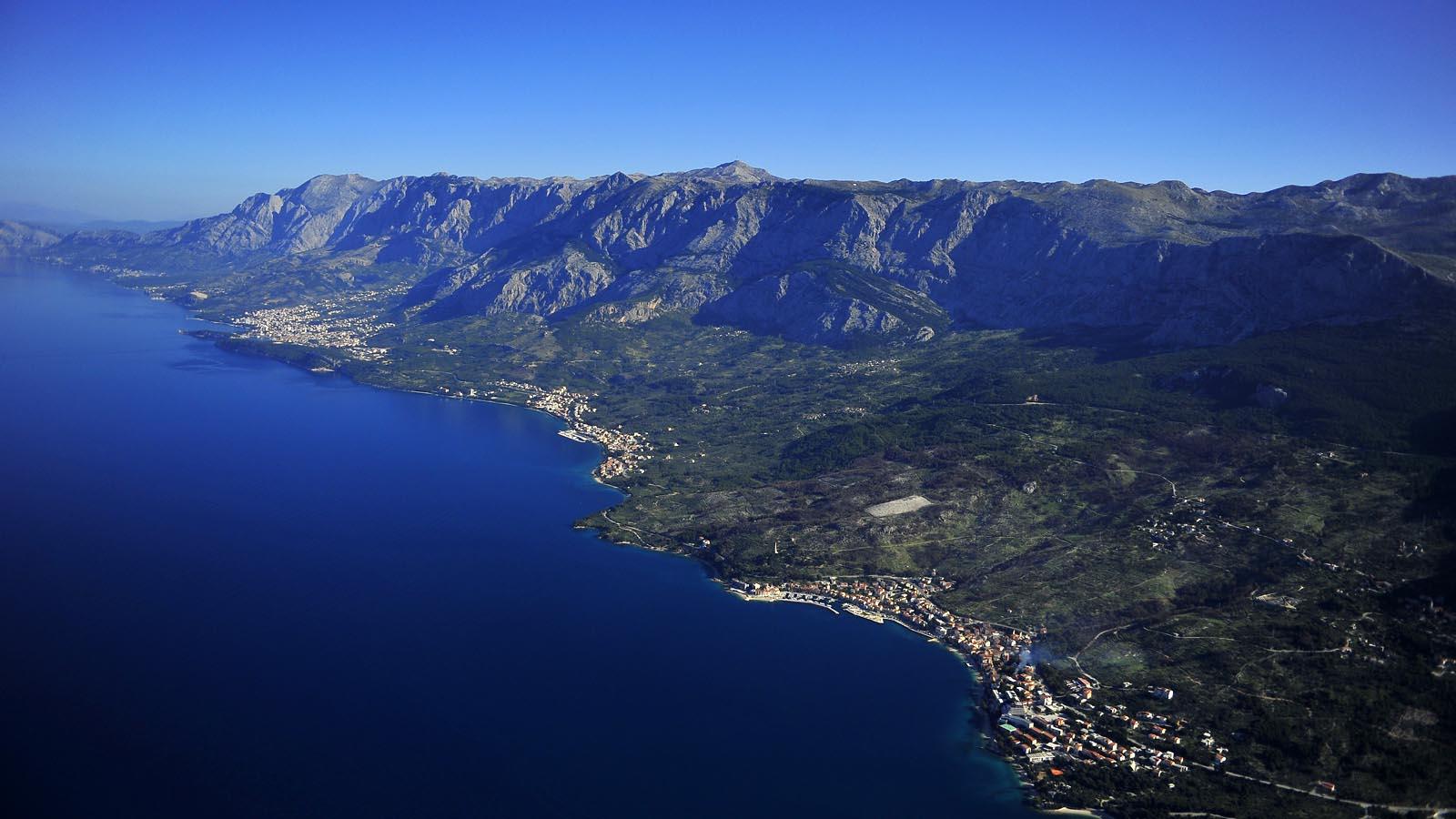 Biokovo is a part of the Dinaric Mountains and as such has a direction of NW-SE. The material in the lower parts towards the sea and on the opposite Zagorje side is mainly made up of Eocene Flysch sediments while the higher parts are shaped into carbonate sedimentary rocks. The base of the central part of Biokovo is a slightly tilted plateau which rises from the sea to a height of approximately 300 m, and since it is formed mainly in the Flysch sediments, it is fertile and green. That “green belt” is continued as the most impressive part of the rocks that rises to a height of about 1000 m and as a facade it separates Zagora from the coastal area. On the top of these rocks is a view of a region that has the shape of a wavey plateau and is 3-4 km wide, characterized as a richly developed karst relief and it slowly and gently lowers itself towards the hinterland.