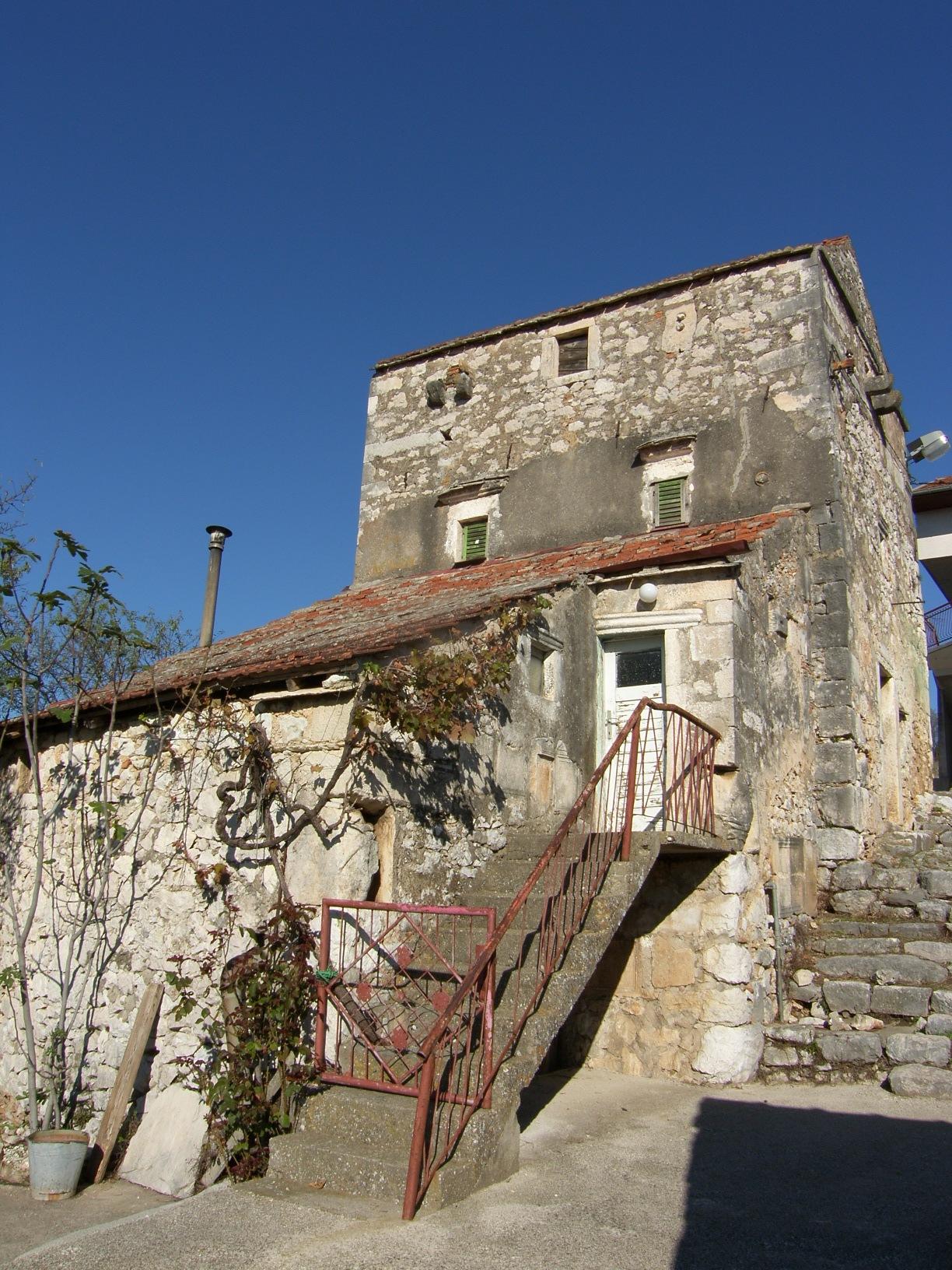 The Ereš tower was built by Bariša Ereš, a parish priest in the village of Vid, and it is situated next to the fourth Hellenistic tower within the southeastern walls of Narona. The tower was built between 1825 and 1851 and consists of a main two-story building and two smaller structures. The walls of the tower contain many writings (40 Latin signs and 2 in Croatian) and other remains of ancient Narona. Some of the Latin signature is copied from Roman originals. Also built into the tower are a Roman tombstone, an early Christian impost, two ancient male torsos and the base of an early Christian altar. This unique presentation of ancient remains which was gathered in the 19th century can be viewed along the city walls of Narona.