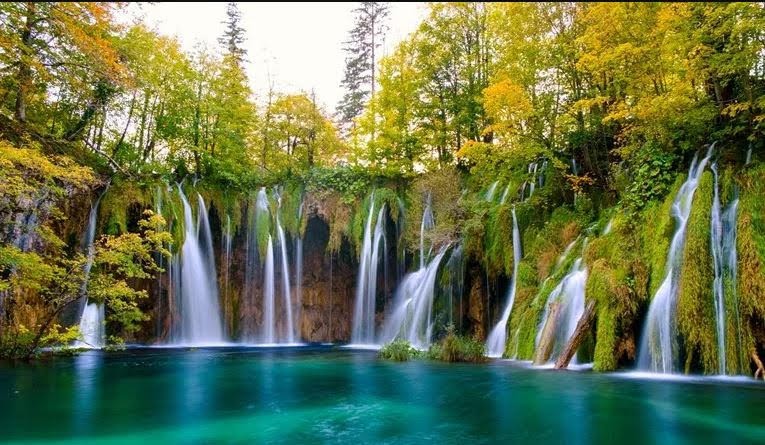 Plitvice Lakes is the oldest and largest national park in the Republic of Croatia. The park is situated in the mountainous region of Croatia, between the Mala Kapela mountain range in the west and northwest, and the Lička Plješivica mountain range to the southeast. Administratively, the park falls within two counties: Lika-Senj (90.7%) and Karlovac (9.3%).

With its exceptional natural beauty, this area has always attracted nature lovers, and already on 8 April 1949, it was proclaimed Croatia’s first national park. The process of tufa formation, which results in the building of the tufa, or travertine, barriers and resulted in the creation of the lakes, is the outstanding universal value, for which the Plitvice Lakes were internationally recognised on 26 October 1979 with their inscription onto the UNESCO World Heritage List. In 1997, the boundaries of the national park were expanded, and today it covers an area just under 300 km2.