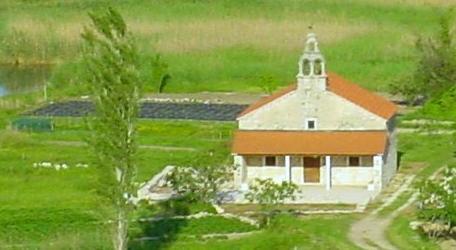 The church of St Vitus in the middle of a field just outside the village of Vid is among the oldest in the area. Although historians disagree on the age it was built, it is clear that it was on the site of a previous, much larger church – one of three early Christian basilicas in ancient Narona. The remains of this 5th century basilica were thoroughly renovated during the last renovation of the church. It also contains an early Christian baptistery from the 5th century with a preserved octagonal well.